This Fire Department patch was adopted in 1992. The original design for this patch was created by one of our own firefighters - Jim Yearsley.

This patch consists of 13 different colors and is an official part of the departments uniform. The patch depicts landmarks within the boundaries of our Fire District. Republic Airport is represented by the airplane and traffic control tower. Adventureland Amusement Park is represented by the Ferris Wheel. The numerous cemeteries within our district are depicted by the tombstones. The Babylon Resource Recovery Center is represented by the red and white building. 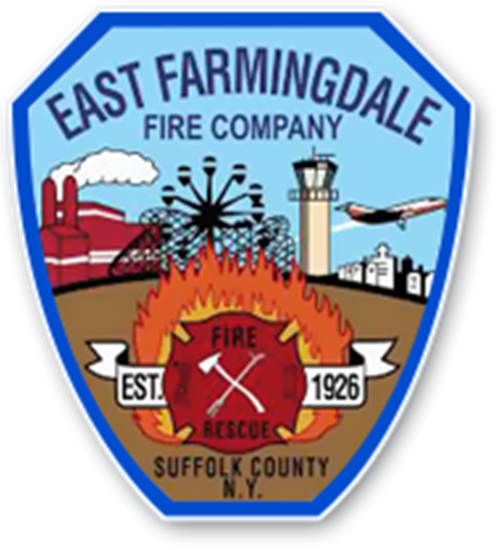